One of my earliest memories is of reading a Little Golden Book; maybe the Pokey Little Puppy. I must have been in kindergarten. I learned to read early, because my mother insisted. She says she read to me while I was still in the womb! 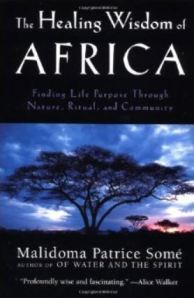 That’s why it was such a shock to learn that many Dagara people of Malidoma Patrice Some’s clan in Africa do not want to become literate. They say they have noticed that people who read (especially Westerners) can’t remember. Gain literacy…lose memory? Could this be true?

It is certainly true that people in the US are always in a hurry. Not paying attention to the present moment. Not practicing mindfulness. I would venture to agree that we don’t remember well without our devices – even if they’re just a pen and paper. But this is partly because we weren’t really looking / listening in the first place.

NPR ran a story about childhood amnesia this morning, and why it is that most adults have lost their memories of the time before they could speak – those years when we were newborns, and one and two and three. They say when you learn to record your experiences in words, it overwrites your preverbal memories. You then forget how to access them.

The story did not say whether Chinese people have been studied. Their process may be different. I base this on a conversation I had at Eastern Washington University one day in the MFA program with my  fellow grad student

He told me that as a native speaker of Mandarin, English seemed flat to him. One-dimensional. Extremely non-descript. He tried to explain to me what it was like to see an ideogram for the color red and to “see” red as he read the character. Of course this was a bit like trying to explain Buddhism to a bee.

Above is one of the few Japanese words I remember from my time in Tokyo – of course it is the symbol for “book”. Ah language…language.

Malidoma, it turns out, means “friend to the stranger,” and this author has certainly proved that. Of Water and the Spirit, his autobiography, explains the origins of his French name, Patrice, given to him by French Catholic missionaries during his childhood, when the kids were beaten for speaking their own language. When Westerners tried to eradicate native African cultures. 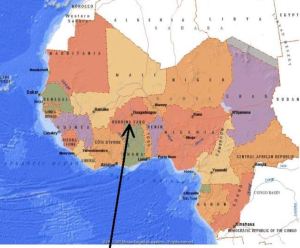 I was excited by the concepts in this book, particularly the village concept of community. When I first moved to Japan, I remember being baffled by their concept of group living – the “wa” of the organization, the harmony of the whole. I was told that when Japanese people moved into a new neighborhood, it was traditional to present each of the neighbors with a packet of rice noodles. If you got divorced, you wrote a letter of apology not only to the other family involved, but to the whole community. Heads of large corporations which failed were still committing seppuku – actual suicide sometimes, or sometimes just that of their careers.

What were they thinking, I wondered. I was fully invested in the Western (and I mean Western US states’) concept of the Marlborough Man, that lone individual who was Client Eastwood tough, bunked alone, and needed no one. The myth that conveniently ignores the reality of the early pioneers who depended on one another to raise barns and houses and to survive harsh weather conditions and Native American raids. I mean yes, my great-grandfather saddled a horse at age 18 and rode alone from New York to Cambridge, Idaho, to found a sawmill; but he couldn’t have run it all by himself. He acquired two wives and a dozen children first.

Sicknesses of the West – Healing From Africa 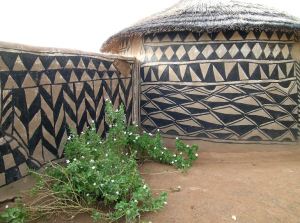 Ironic, in the age of AIDS, that we in the West need and even could be healed by African ideas – a reversal of the role we are perhaps accustomed to. But Malidoma Patrice Some makes perfect sense on the topics of loneliness – a sickness that drives many to suicide – and the marginalization of the old, whose wisdom we no longer profit from as we worship youth and beauty.

Community, he says, is not only a resource, it may be the answer. I remember a recent NPR story on Rwanda, in which Western psychologists were sent to help genocide survivors. After a while, the Rwandans asked most of them to leave. As it turns out, in Rwandan culture, if a person has had a bad time, you get them outside into the sunshine, among people, and play drum music to get their blood pumping. You keep them busy and engaged with others. But what did the Western psychologists do? They took the survivors one by one into tiny dark huts, all alone, and asked them to tell the story, over and over, of the worst moments of their lives…

Of Microchips & the Spirit

When Mr. Some was growing up, religion and science were believed by many to be at odds. Much like in today’s world, spirituality vs. technology. But the author says, “Many ecologists and environmentalists in the West say that technology sets itself up as an enemy of nature. They fight to close a nuclear power plant here or there because they understand that the purity of Nature is being contaminated by these plants, and the consequences to countless species, including humankind, are serious. Westerners talk about rivers of pure water becoming like sewers.

“One gets an image of industry abandoning its droppings anywhere it wishes, knowing full well that what it cannot digest, nothing can. Some suggest that this is the price to pay to get the results needed. Hasn’t modern technology overall contributed to bettering human life? The problem is that wherever there is a yet-undamaged piece of the world, modernity tends to regard that place as primitive, archaic, and at best, preindustrial.

“By contrast, indigenous technologies look rather nonaggressive. In producing anything, indigenous people make it a point to inquire with the Spirit World as to whether this product is appropriate. Usually it is, otherwise the idea would never have come to their consciousness to begin with. For indigenous Africans, dream and vision are evidence of the Spirit pointing the way to us.

“What is shown to you in that manner is actually an invitation from a higher realm to consecrate yourself to the production of something that is going to benefit the greater community.”

Sounds a bit like British novelist George Eliot, lecturing her hero Daniel Deronda, on “living a life of benefit to others”.

The True Worth of Africa

And by the way, that map of Africa above? It won’t be what you remember from school. Not because your memory is faulty, but because for hundreds of years, the West has used a map that incorrectly shows Africa as much smaller than its true size. Africa is actually 14 times the size of Greenland. It’s HUGE. It’s the largest continent ever…does that make it the most important?

Early explorers sure thought so – that’s why the people who drew the maps minimized it and exaggerated the size of Europe and America.

Well, it’s time we stopped minimizing what Africa has to say. For once we stop exaggerating our own importance to the detriment of others, in the words of Neale Donald Walsch, we can begin to know that We Are All One. George Eliot, I have a feeling, would agree.

3 thoughts on “The Healing Wisdom of Africa (Burkina Faso)”