My eye is always drawn to the very first word of a story. That’s how, in the book from Oman, I missed the character names at the top of each chapter. Same with this novel. It was a surprise to realize – wait – I’m in a different character’s head now. Over time, I also noticed I’d been moved out of present tense into the past. (It worked, because it didn’t jar me out of the story.)

“Those mornings, it was less that the sun would rise, than that the darkness would simply pale…”

“Boys have it worst [when it comes to hitching rides to get to school]. They are chosen last, after old mammies, mothers with babies, old men.” 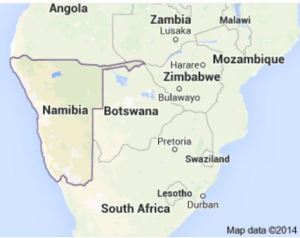 Remedial Namibian History:  As needed by this American

* In the very late 1880s, Herman Goering’s garrison of 5,000 German soldiers was overrun and ambushed by Nama/Herero freedom fighters. (Not that Goering, his father.)

* people identify as Catholics or Marxist Communists; members of one of the many ethnic groups; men who drink or men who don’t

“I should be honored, kind sir, if you would favor me with your name.”

“I was christened Siegfried, but please, I insist, call me Siggy. Dare I inquire of yours, friend of my youth?”

They smoked pencils like pipes. They tipped imaginary hats. From their faces they both seemed to be in great pain. English was often associated with constipation.

A Story of Men and Boys

I was interested in this book – I didn’t love it. Since the hero is a male teacher in a boy’s school, we get lots of talk of sex, body parts, piss and pigeons mating. One hundred fifty pages in, I still don’t know why Larry Kaplanski chose to teach English at a remote boy’s school in Goas, Namibia. I’m interested in the African characters:

* the lusty math teacher, Pohamba
* the weird, morals-spouting principal who keeps a small green rug known as “Ireland” in * his office and doesn’t practice the loud Catholicism he preaches
* Mavala Shikongo, who fought in “the war” and returned with a baby that “Kaplansk” often refers to as a “monster”
* Theofilus, the school’s mechanic, who sits by the generator until 11 p.m. when there is light, not reading but listening for noises that indicate something going wrong

But I’m not rooting for these characters. Maybe they’re not sympathetic enough. Women are objects to most of the males. And the mysterious subject of their desires, Mavala,  doesn’t get a P.O.V.

There is also a disturbing amount of animal cruelty in small vignettes, taken for granted by American and Africans alike. Harsh reality or not, that always puts me off.

This book is SLOW. It’s like you’re sitting with the principal and his wife, watching snow on their black-and-white TV. (They do this to pretend to the others that they know all about the shows talked about in the paper.) 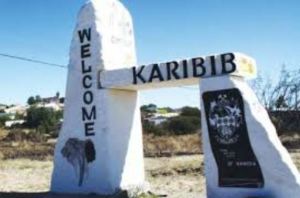 At the End of All Things

I found lots to interest me in this book. It’s just a shame that I couldn’t care beyond a detached, intellectual interest.

Rating: Three Mopani worms (crispy caterpillars). I leave it to you to decide if the dish half-full or half-empty is better!

1 thought on “The Second Coming of Malvala Shikongo (Namibia)”