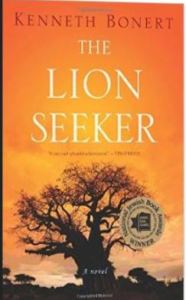 When a family of Lithuanian Jews travels to Johannesburg before the second World War, they are delighted to find that suddenly, they’re white people. But alas, it isn’t as easy to escape their past as the mother was hoping. And she is so afraid to slipping back down the class ladder that she is cruel to her little boy, who wants to play with the black children, and even to puppies. And racist.

The Stupids and the Clevers

It’s no surprise when Isaac grows into a surly, suspicious teen who wants badly to have sex with a white, upper-class South African girl from a prestigious neighborhood–and is willing to pretend to any liberal views in order to do so.

The mystery of what happened to Gitelle back in Lithuania–what happened to the whole village–is part of the intrigue of the book, along with what will happen to the family she has left there, as Hitler’s shadow falls across Europe. The future, though, rests with Isaac and his sister. Can they overcome their personal family history, and just history in general?

The book has a strong sense of place: I enjoyed Bonnart’s use of dialogue–it gave me a real sense of listening to these people. And of course, Yiddish is fun for someone who already speaks German. The classism inherent in Isaac’s girlfriend’s parents is just stunning–the disparity between their mansion, where they won’t let the movers come down the main staircase, and the garage where the movers work, for example.

The book also makes clear the historical phenomenon of lateral oppression–when a people who have suffered racism and oppression in turn oppress others. The Jewish people in this book have not a lot of sympathy for the oppressed blacks in South Africa, and that, it is clear, comes from their own fear and their own past.

A nuanced and important work of historical fiction, which I understand is based on the author’s own coming-of-age.

Read a little more about South Africa in my blog on the Comoros Islands.