Courtesy of a special order from Auntie’s Bookstore

The Kingdom of Bhutan, high in the Himalayas, is a precious remaining bastion of Tibetan culture. Llamas, temples, nuns, and the idea of karma are woven throughout this book. It is also the first novel to come out of Bhutan from a female author, so I was particularly excited to read it.

The main character, Tsomo, has some serious bad luck, or rather, her karma isn’t good. She must be paying for some big sins in a former life or two. But she’s not a helpless victim of fate, either. When her husband tells her he’s fallen in love with her younger sister (UGH–this guy is what I’d call a pedophile), she doesn’t just sit there and take it. She packs up her stuff and hits the road. In her travels she befriends a much younger woman, finds another husband, meets a great llama, has adventures, and makes the lives of strangers better. 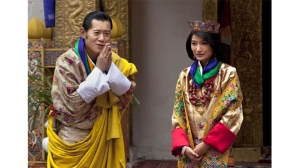 It’s unlike the Greek idea of Oedipus making his fate come true by fighting against it. It’s unlike the fatalistic Arabic idea of kismet that you can’t stand against–shrugging one’s shoulders and saying oh well, Inshallah. It’s unlike anything I’ve ever read before. Your karma is your karma, but you can still accumulate merit. There is hope, in other words.

The novel tackles some problems in Bhutani society–extreme wealth that creates extreme poverty, such as that of the workers who are building new roads. Itinerant Mexicans picking fruit on the East Coast of the U.S. have it far better than these poor Bhutanis. And as always, the men have it better than the women. Rape is a problem, and the victim is typically blamed. Some women are forced to stay with their abusers, because they have no way to support themselves. Others wind up in prostitution for the same reasons. Oh, and that merit that you can accumulate? You get lots of it just by being born male. Females on the other hand…!

Another problem is the lack of compulsory primary education. “Father is a meticulous writer. Tsomo longs to be able to read and write and learn religion.

“You are a girl. You are different. You learn other things that will make you a good woman and a wife. Learn to cook, weave, and all those things. A woman does not need to know how to read and write,” Father says quietly but sternly when she asks him to teach her. Bitter tears of rejection sting her eyes. She hangs her head and lets the tears fall to the floor, unseen by the others. She looks to mother, hoping that she will support her, just a word or a gesture, but Mother just smiles and says nothing. Tsomo only sees the same curious expression on her face, a smile that merges into sadness. A smile of resignation and acceptance. Tsomo feels the same smile spreading on her own face.”

As I recall, that’s when Tsomo decides to hide and listen to the boys’ lessons–and memorizes the long religious chants for herself.

Despite some tough times, Tsomo survives and even thrives due to her ability to make friends and get people to love her. Usually other women, but also her guru. When hospitalized for T.B.–a serious disease now extinct in the Western world but rampant in the East–Tsomo makes friends with the wife of a hospital cleaner, despite not speaking her language. (In Bhutan, there are people from Nepal and Tibet and India as well as the Bhutanese.) 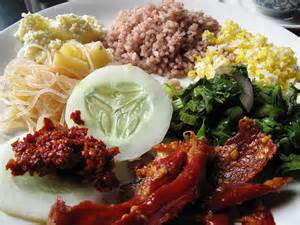 Of course, there are mean-spirited women along the way too, like the jealous old lady who pours scalding hot water on Tsomo’s chili seedlings when she thinks her boyfriend, “the lame man” is interested in Tsomo.

Imagine being totally immersed in a huge part of the world where everyone believes in reincarnation and karma…there are no MacDonalds, no Marriots, no traces of Western-style capitalism, Hollywood, rock-n-roll, or blue jeans. It was as if America didn’t exist. The same way that Bhutan doesn’t really exist for us. Oh, there were a few references to Muslims in the book, but they were a tiny minority. It was delightful to spend time in a country with an utter indifference to Wall Street, American politics, and Three and a Half Men.

I also loved the ingenious ways women found to support one another in a patriarchal culture–emotionally, physically (I mean by gifts of food for sustenance), and spiritually.

Tsomo has the kind of friendships that I do–life friends, like her nun friend Llam Yeshi that we find eating biscuits and drinking tea with Tsomo in the opening chapters of the novel.

“Perhaps the most enduring aspect of their friendship is that they lose each other for several years and then suddenly find themselves sitting together drinking tea and eating biscuits as if nothing had happened.”

I could say the same for this novel–I feel I could lose it for several years, then pick it up and read it again as if nothing had happened.

RATING: Five chili seedlings! For every Bhutanese person loves spicy hot chilis. 😉 It must be karma.