After reading about the horrors of the Holocaust in The Search for Major Plagge, I had to switch to something cheerful. Enter the charming wackiness of ichthyologists in hot pursuit of their passions in A Fish Caught in Time: The Search for the Coelacanth. Ironically, this book also starts in 1938.

Just as Europe was bracing for what would become WWII, in the Indian Ocean off the coast of South Africa, a fossil fish was going about its business, neither knowing or caring that the human world “knew” it to be extinct.

Marjorie Courtenay-Latimer was the young head of an obscure museum in East London, South Africa. Like animal advocate and zookeeper Gerald Durrell, she collected everything she could get her hands on, including fish. She had an agreement with the captain of a trawler, a commercial fishing boat, that if he caught anything unusual, he’d let her know and she’d identify it for her museum. 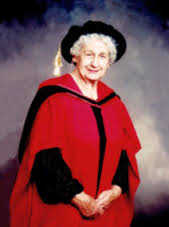 Three days before Christmas in 1938, as Gone With the Wind was opening in America, Latimer went down to the docks to look at a pretty, blue, 5-foot long fish she’d never seen before. It had four fins like arms and legs. It weighed 127 pounds. She knew immediately it was rare and possibly precious, and she had to get an expert in to look at it. That meant she had to preserve the fish despite the tropical heat. But how? No ordinary family had a refrigerator. She thought of the morgue, but they adamantly refused to take on “a stinking fish”. She tried the town’s “cold storage”, but they also refused, saying that the fish could give off gasses, and might contaminate the food. She was out of options. Reluctantly, she took the fish to the town’s sole taxidermist and had him stuff it. 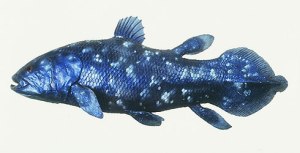 Then she contacted South Africa’s preeminent ichthyologist, J.L.B. Smith, on holiday several hundred miles away. Upon arriving in East London, he was able to identify the fish as a coelacanth–a fossil fish with a bony exoskeleton–a fierce predator thought to be as extinct as the T-Rex, as dead as the Dodo. Coelacanths are thought to have been around for 75 million years. 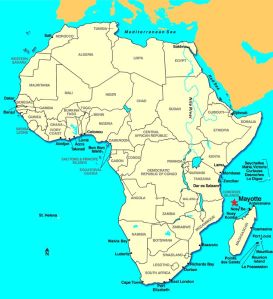 Old J.L.B. nearly wet his pants with excitement on seeing this fish. For the next 14 years, he tried to find another one. First, the outbreak of World War II put a stop to his plans. (He was exempt from service due to his WWI injuries, but commercial fishing came to a dead halt and belligerent ships plied the waters). After that he tried offering a 100 British pound reward for another coelacanth with its insides intact. He and his wife tried looking for the fish’s habitat themselves, but with no luck.

Until one was hauled in by a native fisherman in the Comoros Islands. And another race against time began…Again, it was just before Christmas. Again, he was hundreds of miles away–this time in another country. Could he beat the French (in charge of the Comoros) to the prize?

An Adventure in the Spirit of Indiana Jones 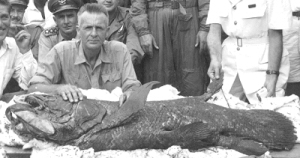 Or perhaps Clive Cussler. This is no dry, dusty tome about a boring subject–fish. It has controversy, drama, and eccentric characters galore. The controversy comes in because of Charles Darwin’s theories of evolution, which had gained exactly no purchase in South Africa. The government refused to allow anything from The Origin of Species to be taught in schools (right up until the 1990s, in fact.) And unfortunately, this fish looked a lot like a transition fossil–the “Missing Link” that would show how fish crawled out of the oceans to sprout legs and lungs and become reptiles, apes, and then humans. (Or as we said back then–Man.) 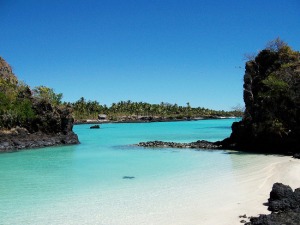 The Smiths received a lot of letters from religious fundamentalists, which J.L.B. kept in what he called “the crackpot file”.

Despite knowing that I probably would have disliked J.L.B. Smith intensely in real life, like many eccentrics he is delightful to read about. A socially awkward genius who didn’t bother with the niceties, Smith married a much younger woman. I don’t think his ego could have tolerated a strong female his own age. Described as a slight man with a fragile body, I read between the lines that he probably had a Napoleon complex. 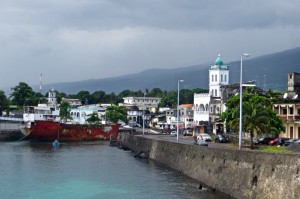 But his ill health too was interesting. At the outbreak of WWII, J.L.B. was given 5 years to live. He immediately decided to defy his doctors by going for long walks every day of at least 4 miles or more, and by changing his diet. He also refused to ever wear closed-toe shoes. 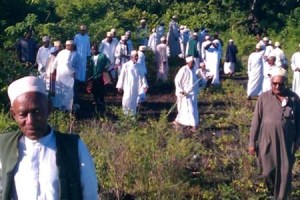 As a person with gluten intolerance and diabetes, I wanted to know more about this life-saving diet. Unfortunately author Weinberg let me down.

“He refused to mix his proteins and carbohydrates,” she writes. (Why? When you eat carbs without proteins, your sugar shoots straight up and then straight back down. Combining carbs with proteins as my doctors advise, rounds out the curve, making it gradual and gentle.) 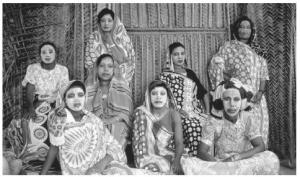 “He never ate meat with vegetables, or bread with butter and cheese.” (Um…meat is a protein but vegetables are not carbs, unless you mean peas/carrots/corn.)

“People thought he was crazy. His sandwiches, remembers Jean Pote, used to consist of two pieces of cheese with some apple wedged between them. (Hello, apples are carbs! Fruit has fructose–a fruit sugar–a carbohydrate, and LOTS of it.) 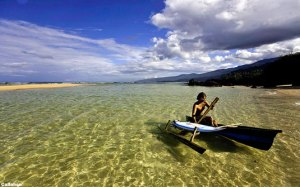 This inaccurate reporting made me wonder what else the author had gotten wrong. How far could I trust her? I kept reading, but with a shaker of salt, occasionally fact-checking for myself on the Internet.

Ironically, old J.L.B. Smith got some things wrong himself, including the name of the black man who actually caught the second coelacanth. I won’t give that name here, but the fisherman’s real name was Ahamadi Abdallah. Smith also thought for a while that this second fish was a different species of coelacanth, before realizing that the dorsal fin and tail were only different from the first fish due to a shark attack. 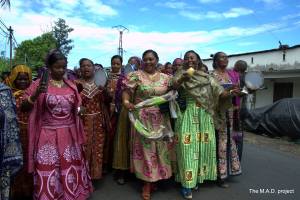 Fun Fact: Grande Comoro, the largest of these islands, boasts the mountain of Karthala, the largest active volcano crater in the world.

You can find my blog about a book set in South Africa here.